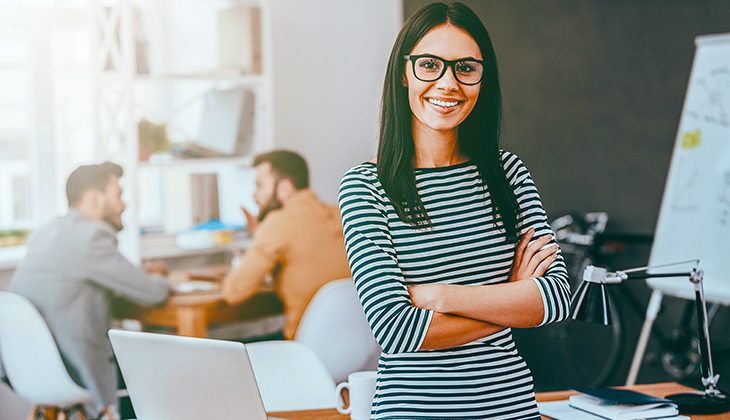 You’ve been in your current role for a while now and you’ve reached the stage where you want to take your career to the next level.

You love the company you work for and you’re eager to progress; so, how do you go about grabbing that promotion you want?

Approaching the topic of promotion with your manager can seem daunting but you shouldn’t be nervous about their reaction; wanting to progress shows that you’re ambitious and keen to develop within the company.

However, if you’re unsure of how to address the matter or how to even go about getting promoted within your business, try following our list of tips to help you reach the next stage in your career:

It sounds simple but the sad truth is that, in many companies, if you don’t ask, you don’t get. So speak up!

However, you should choose your moment carefully; demanding a promotion in front of a full office isn’t going to go down well.

The ideal time to discuss promotion prospects is during an appraisal or an annual review. Express your interest in developing your role and ask your line manager what you can do to progress. They should be able to tell you what your chances are for promotion.

If your manager makes it clear that there aren’t any progression opportunities at the moment, don’t be disheartened. Things can change and new openings can pop up all the time. By expressing your interest, you’re putting yourself first in the queue if a new position does open up.

2. Excel in your current role

When thinking about your promotion prospects, it’s important to assess how you’re performing in your existing role.

After all, being promoted means extra work and responsibilities. If you’re finding it hard to manage your existing workload, it’s probably not the right time for you. Instead, seek support from your line manager.

On the other hand, if you feel like you can do your current job to a high standard with your eyes closed, you’ve probably grown bored. If so, now is a great time to chase a promotion.

Although you might have all of your current tasks down to a tee, if you’ve got your heart set on a promotion then you need to show that you’re capable of taking on more. This isn’t a case of staying late every night or doing extra work from home; don’t burn yourself out. But offer to help out wherever possible and show that you’re willing to muck-in.

Going the extra mile at work will put you in good stead if a promotion opportunity arises.

If you’re feeling frustrated or bored in your existing role, it’s easy to slip into a habit of complaining or thinking negatively. However, it’s important to maintain a positive and enthusiastic attitude in the workplace.

When talking to your manager about a potential promotion, try not to talk negatively about your existing role and always put a positive spin on your reasons. For example, rather than saying “I’m really bored doing my current job”, try phrasing it as “I feel like I’m ready to take on more”.

5. Know what you want to achieve

When approaching the subject of a promotion, make sure that you have a career goal in mind and know what you want to achieve. Don’t ask just to be promoted for the pay rise. Make it clear that you want to manage a team or have more of an impact within your business. People within the company want to know what you’ll bring to the table when you get promoted, rather than just asking for more money.