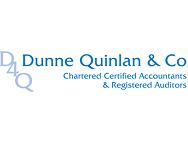 “After not having much success recruiting a qualified accountant using another internet recruitment site; the response rate was surprisingly very disappointing, I contacted Webrecruit Ireland to see what they could do. I had not used them previously but had received an e-mail from them after Christmas with a photo of James Caan on it and was persuaded by the power of advertising to approach them. I wanted to avoid the “normal” employment agencies as I have held the long-term view that they represent particularly poor value for money. The quote for their service represented good value to me and their explaining of the service provided and approach to finding a candidate was patient, friendly and thorough. I signed up.

After an efficient and professional consultation regarding the position requirements, they proceeded to look for a candidate with instant results. I ended up with close to 30 applications as against a half-dozen, mostly unsuitable, candidates using my previous route.

Of those candidates found, they were pre-graded as possible, rejected or shortlist depending on pre-agreed selection criteria. This I found to be pretty accurate and the interview process began within days. As it turned out I met some excellent candidates including the one I believe will be best suited to the position offered and I successfully recruited the person I needed.

The process, feedback, attentiveness while dealing with Webrecruit Ireland made this task of finding a quality candidate a much less stressful process than it was otherwise turning out. I would have no hesitation in using their services again and would recommend them to any prospective employer.”