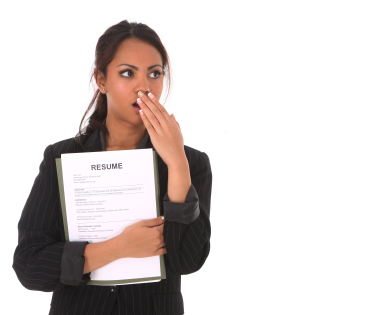 A lot of people have a certain image in mind of what the recruitment game is like – of great numbers of candidates furiously competing to impress an employer.

It’s an enduring image, and yet, it is not always accurate of staff recruitment in Ireland. In truth, employers usually have a lot of competition of their own when hiring – from other companies looking to snap up the highest-calibre people.

What you certainly won’t want to do in your firm’s next recruitment campaign, therefore, is commit one of the following terrible howlers.

Putting together the perfect job description is an art in which hiring teams need to be highly skilled. It’s all about balance – for example, you don’t want to give so little information that you attract a lot of poorly-qualified people.

However, it is also inadvisable to give a second-by-second breakdown of how the successful candidate is to spend their working day. The latter comes off as micro-managing before you have even picked anyone for the job.

How has the candidate’s application been received? Has it been received at all, or is their cover letter and CV lying untouched in your inbox?

Sure, it’s not often feasible to send personalised messages to every candidate. But if you can at least keep an applicant updated, even if you are giving them disappointing news, they will be left with a much better impression of your company in the years to come.

3. Leaving everything up to the HR manager

Sure, if you lead your company’s HR team, chances are that you’re brilliant at what you do. But don’t underestimate the role that department heads can play in determining what you need from a candidate.

By working together with other relevant colleagues, you will have a much better idea of what to look for in a candidate’s CV, and what to be alarmed by. Remember that making the wrong hire is costly – you will want to make the right decision, first time out.

Job hoppers shouldn’t necessarily be dismissed when perusing candidates, as they might have many talents and skills to bring that those who have remained surrounded by the same four walls for years might not. However, job hopping could also indicate an inability to commit to one company.

It’s a similar situation for employment gaps – was that seemingly great candidate merely a victim of the recession or busy finishing a degree? Or is there a less flattering explanation? If in doubt, ask.

Simply correcting these common errors could help to place you ahead of the competition for brilliant talent when you are next involved in staff recruitment in Ireland.

How the right recruitment video could make all the difference

Are You Using LinkedIn Properly?