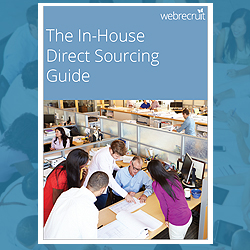 Who remembers the TV show Winning Streak? We miss it, specifically the Derek Mooney years that provided many a joke with the 3D tour of Ireland! Speaking of Winning Streaks, since our last blog, lots of big wins have happened on the Island and we are anticipating more over the next few weeks with sporting events galore.

The Irish team may have lost at the weekend to the strong Welsh boys but the following day, the Irish Women’s Team won 20-0 to the Welsh ladies team. The Irish women’s team has been performing very well over the past few months, loosing only one of three matches played next month. Come on the girls! We are expecting great things from the boys this weekend at Murrayfield against Scotland.

The football teams are also up for a busy few weeks with the Republic of Ireland playing on the 29th March against Poland as a UEFA qualifier. The Northern Irish team are getting some practice in with a friendly against Scotland before their UEFA match against Finland next week.

And how can we forget the big boxing win of last month? Carl Frampton won 20-0 in an electric match at Belfast’s Odyssey Arena against American Chris Avalos. This maintains Frampton’s winning streak of professional matches and allowed him to retain this IBF Super Bantamweight Title for another while! We are looking forward to his next match, whether that is on home soil or further afield.

Stepping away from sport, we were so proud to see a big BAFTA win and Oscar nod for local film Boogaloo and Graham. The film that deals with the “facts of life” in a humorous way, captivated everyone’s hearts and we are hugely proud that it continues the tradition of fantastic film-making coming out of the country.

Overall, a huge winning streak for our wealth of local talent over the past number of weeks. We can’t wait to see what is ahead for 2015!

Do you want better results from your workforce? See how Web Recruit Ireland can help you achieve you best at www.webrecruit.co

5 personality traits to seek in a customer service recruit

How Many Job Boards Should You Use? – Quality vs Quantity